Keep these points in mind before starting the kitchen extension project.

A kitchen extension is an important thing for homeowners to plan, along with the type of kitchen they want, budget costs, dependable contractors, and other factors. To finish the addition to the back of the house without it escalating, it’s important to do some research and understand the limitations. Especially for the addition of townhome kitchens, which frequently suffer from a lack of usable space to meet the needs. However, if you are planning to build a kitchen, don’t worry because HomeGuru has some information for you about adding a kitchen extension!

• Keep these points in mind before starting the kitchen extension project.

1. Law or the building control act could cause problems.
2. The issue of adding the back of the house on a small lot.
3. The extension structure is what caused the house to crack and sink.
4. Disturbing smells and smoke from the kitchen extension.

• Law or the building control act could cause problems.

The first problem frequently causes a long-term headache, both with neighbors during construction and with long-term and difficult problems that may arise in the future. That is the issue of building construction control laws, which many people may not be fully aware of. Let me tell you that it’s something you should study and comprehend before doing the kitchen in the backyard because it’s very important and has a lot of ramifications.

The requirement to keep distance between the building being built and the boundary line of the adjacent land area is a legal limitation for home additions that homeowners should be aware of before hiring a builder. This requirement will vary depending on the type of kitchen to be built. If the kitchen is built with windows or openings such as glass or slats. In this case, the distance from the adjacent land’s boundary line or 2 meters from the fence must be placed. However, if the type of kitchen that you want to build is a solid wall, keep a distance of 0.5 meters from the adjacent land’s boundary line or the house’s fence. This is also for the extension’s safety and ease of maintenance.

And, if you want to add the back of the house to make the wall close to the fence like this, are you able to do so? In fact, it is illegal unless the landlord has reached an agreement with the neighbor and obtained the neighbor’s consent in writing. It is possible in this case.

• The issue of adding the back of the house on a small lot.

This is a significant issue for those who want to cook in their backyard. It may not be a big deal if it is a detached house or a detached house with enough space to walk around the house. However, if you want to include townhome kitchens with very limited space in the back, you may need to evaluate and design the type of kitchen in greater detail. As a result, when adding townhome kitchens, they will be neat and beautiful, with enough usable space to meet the needs.

One of the most common issues with townhome kitchen extensions is a lack of usable space, which forces many homes to divide the extension space into both the kitchen area behind the house and the washing area. When townhome kitchens are added, they tend to make the kitchen smaller. As a result, the type of kitchen must rely on the concept of creating a variety of storage and functional areas to accommodate various functions while conserving as much space as possible. Including deciding on the layout of kitchen countertops, selecting furniture that folds up when not in use, and utilizing various storage devices to free up space in the kitchen.

• The extension structure is what caused the house to crack and sink.

Renovating the back of the house with an unstandardized structure or construction process is another major issue that, if it fails, is difficult to fix and becomes a serious matter. Because whether it is the addition of small townhome kitchens or a single detached house in a large area. An extension structure collapsing, cracking a house, or causing a leaking problem are all possibilities.

As a result, before beginning the backyard kitchen, the homeowner must carefully examine the original structure of the house and the surrounding area. Particularly in the case of townhome kitchen extensions or housing projects, which are frequently built quickly and urgently through land reclamation that takes a short time. This may result in natural subsidence when the kitchen extension is built. In addition, the homeowner should inquire with the house project about the house structure, laying piles, or laying different foundations in order to bring the information for an initial assessment.

Aside from the kitchen in the back of the house, it is also advisable to expand by separating the new and old structures. And appropriately calculate the weight of the house structure to avoid future problems such as house collapse, leakage, and cracks. This includes only hiring a reputable contractor or expert technician! Who wants to know how to keep a house from cracking and collapsing? More information can be found at: How to Add a Backyard to Reduce Cracks and Collapse Problems.

• Disturbing smells and smoke from the kitchen extension.

Thai food and the smells and fumes of cooking are inextricably linked. The smell and smoke from cooking in the backyard kitchen, in particular, can easily disturb the neighbors. To avoid this issue, it is recommended that a wall and a roof be added to cover the extension as well. In order to install a fume hood and allow smoke and odors to escape, the roof should be raised higher than the general roof away from the radius of the neighboring houses. Furthermore, the addition of a fully sealed kitchen can aid in the prevention of dust, dirt, and other pests.

Despite the fact that a kitchen extension is always subject to a slew of potential issues. However, HomeGuru believes that if each home is well planned, having a kitchen in your dream backyard is not difficult at all. And for anyone looking for a type of kitchen that is both beautiful and responds to the use of the available space. Including professional technicians who are highly experienced and promise not to leave the job! Contact the Home Service by HomePro technician team via the channels listed below. 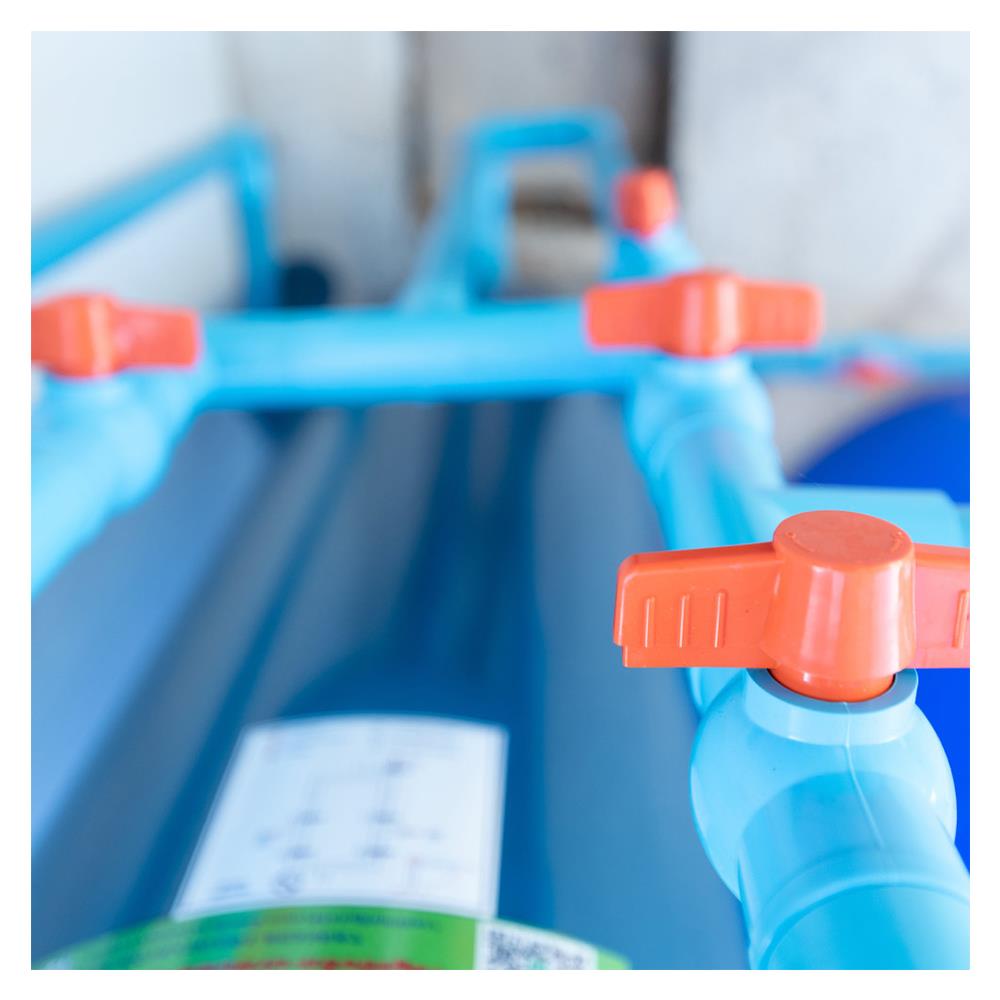 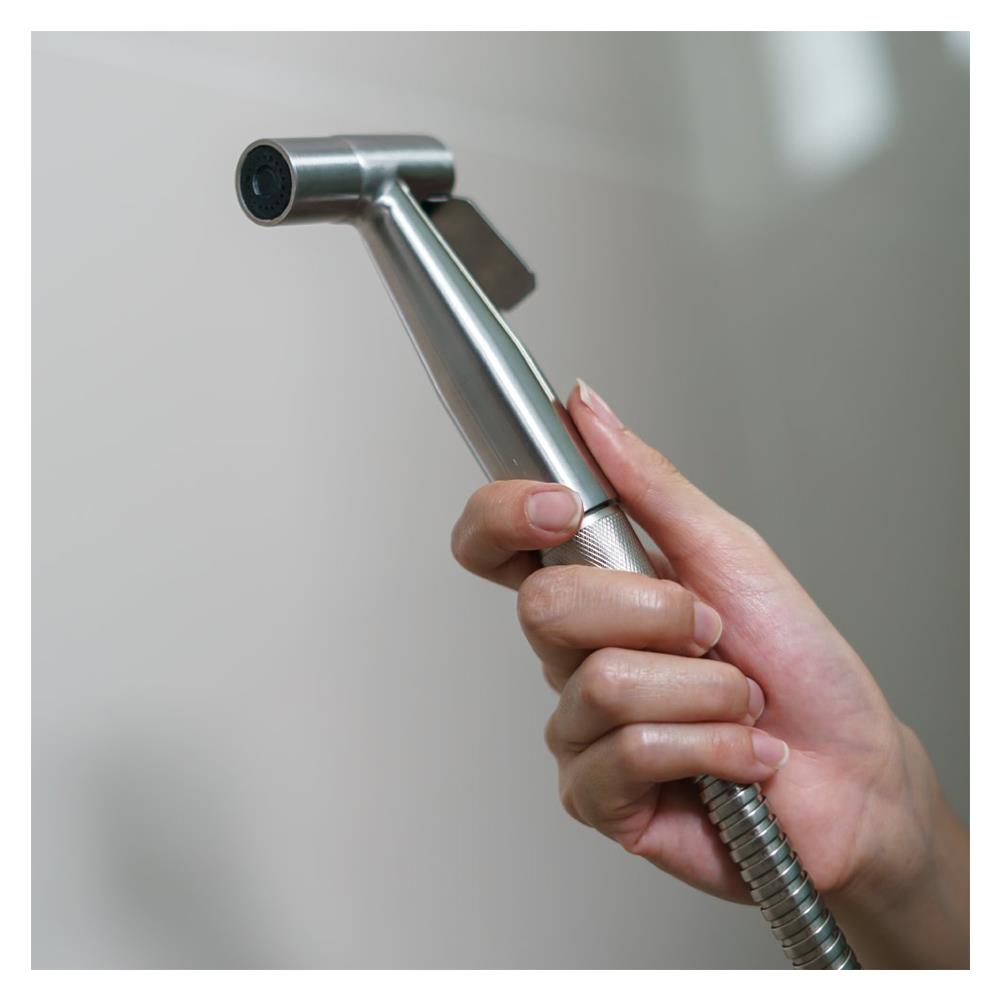 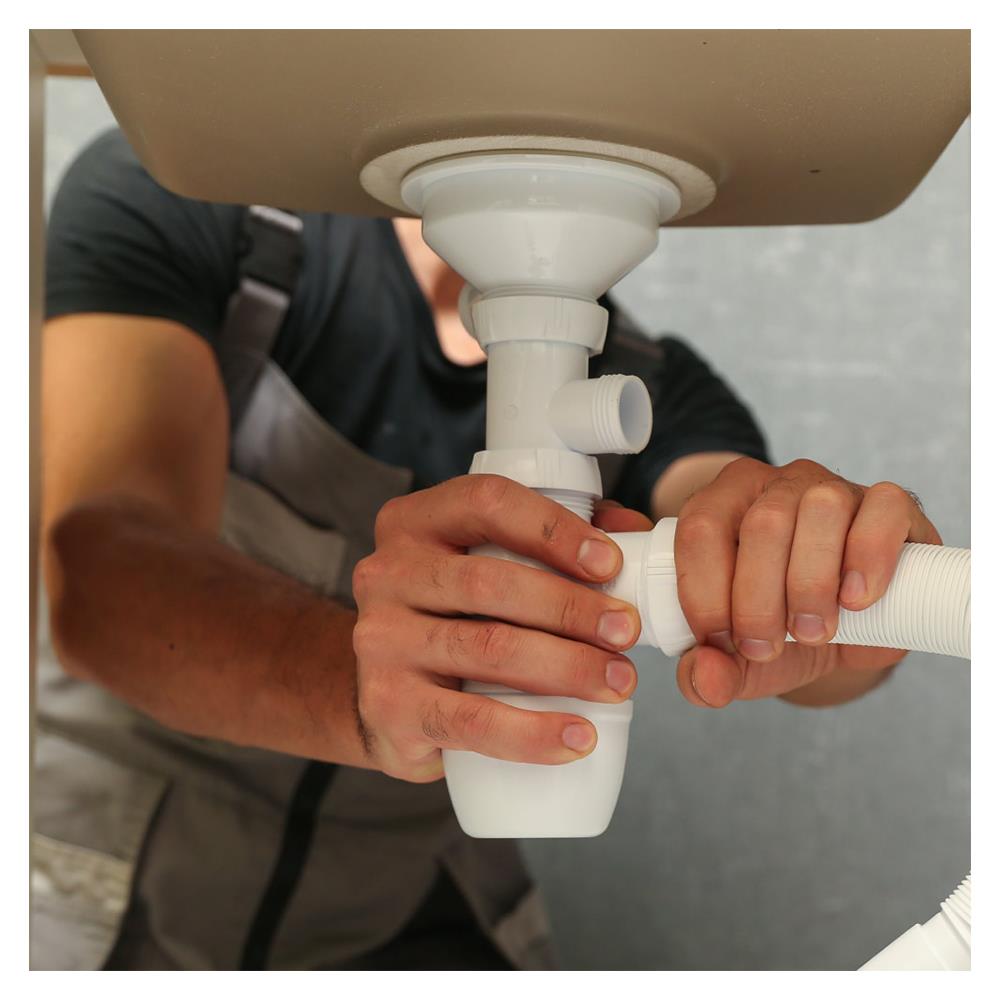 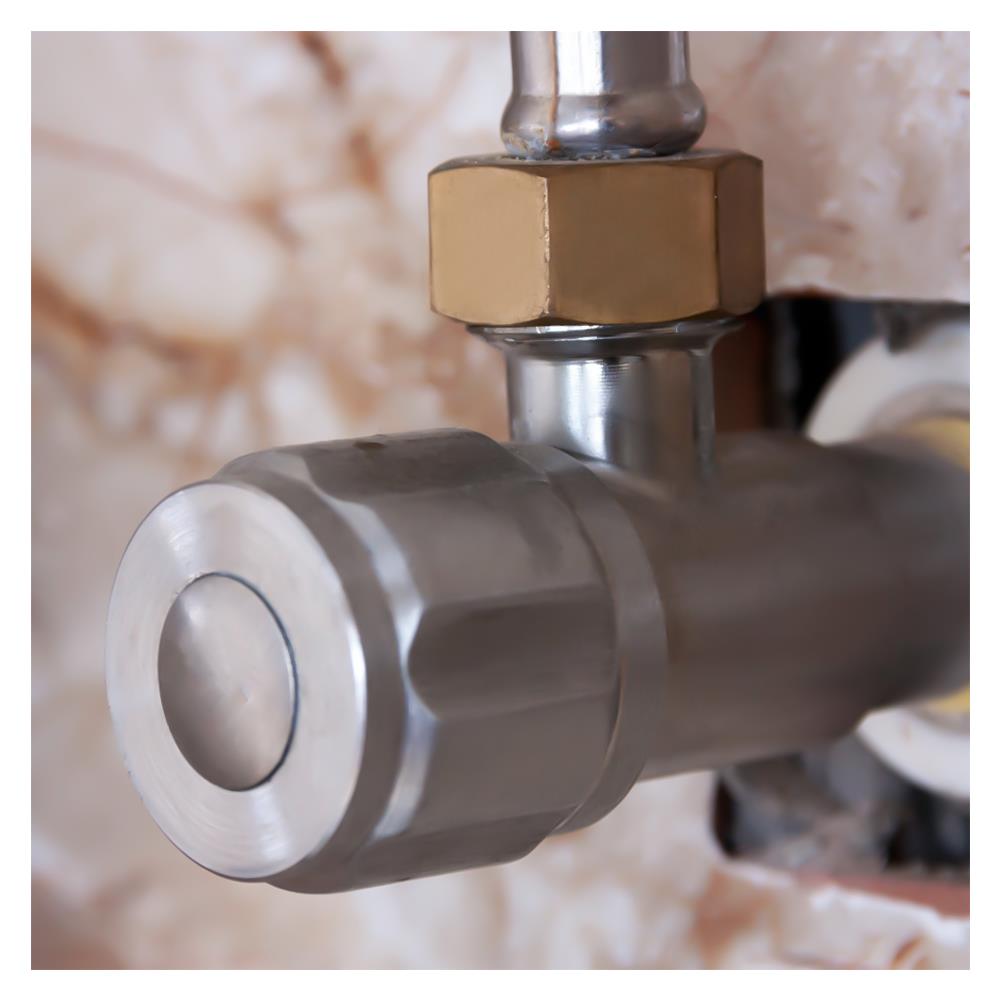 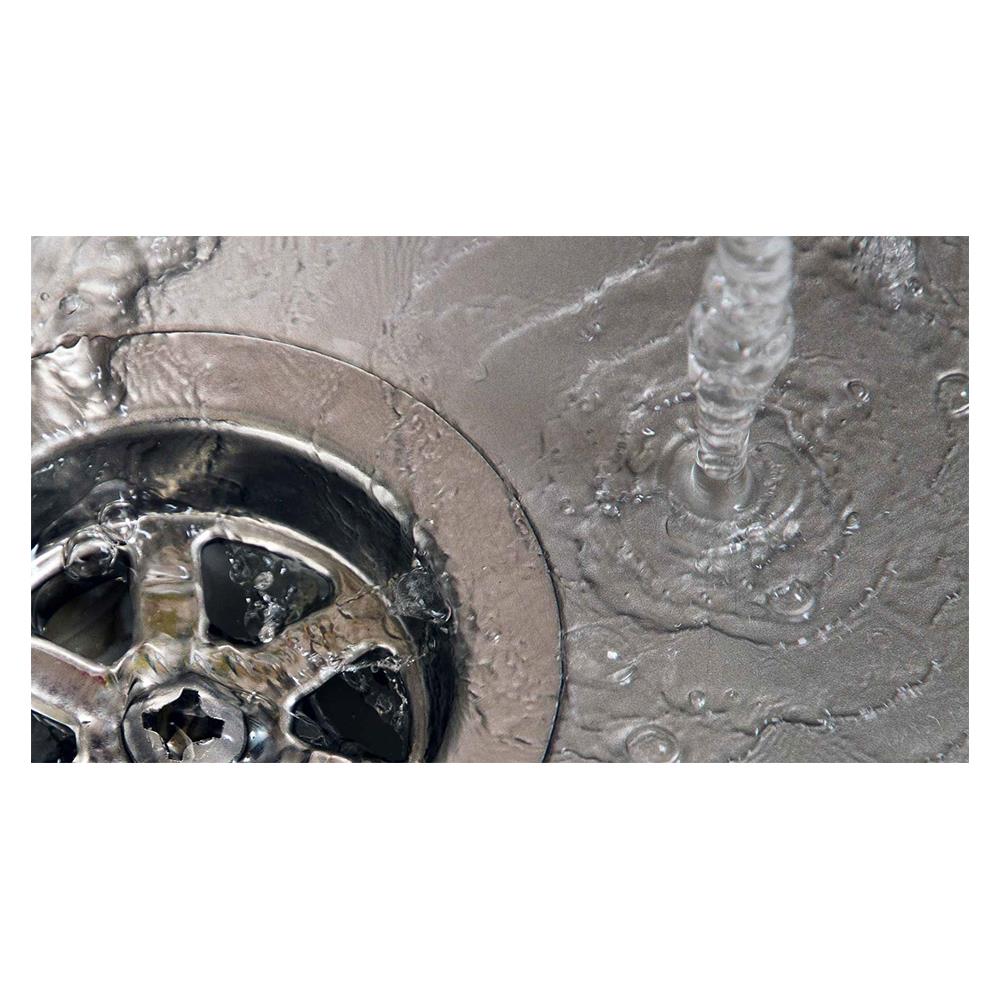 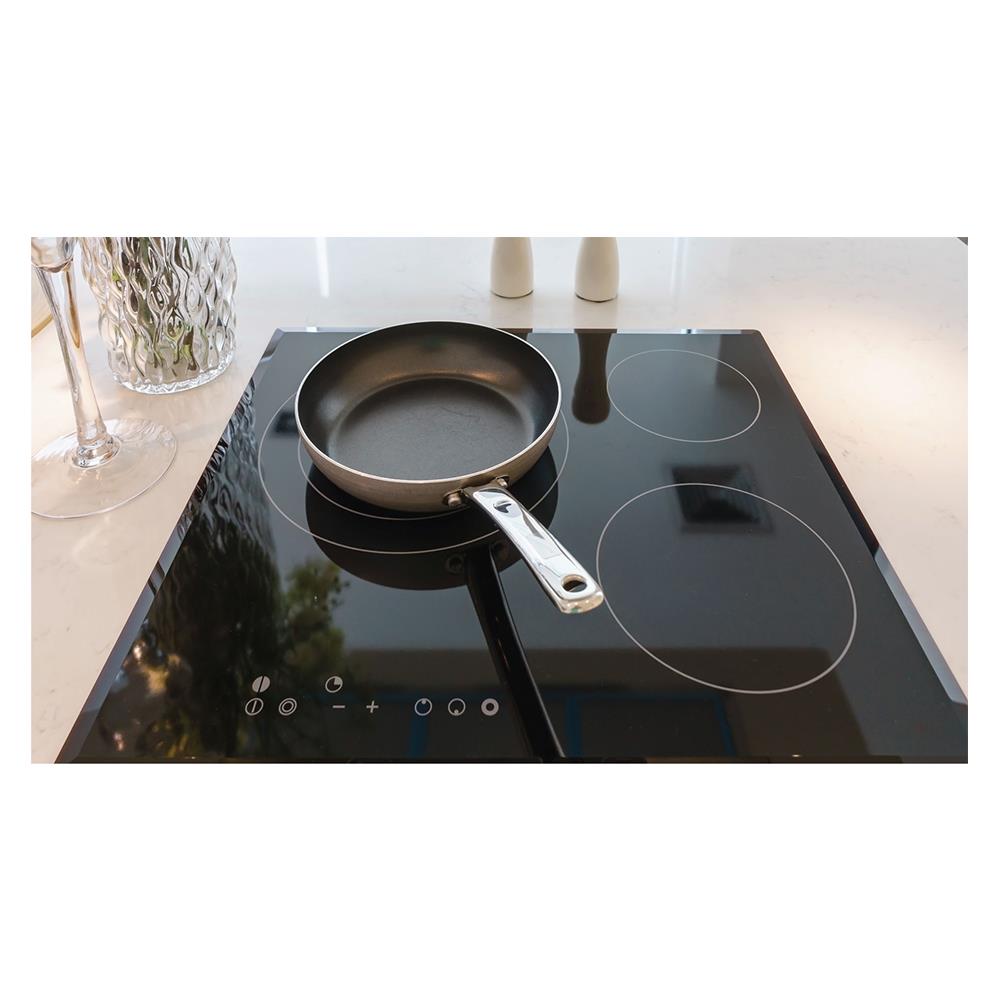 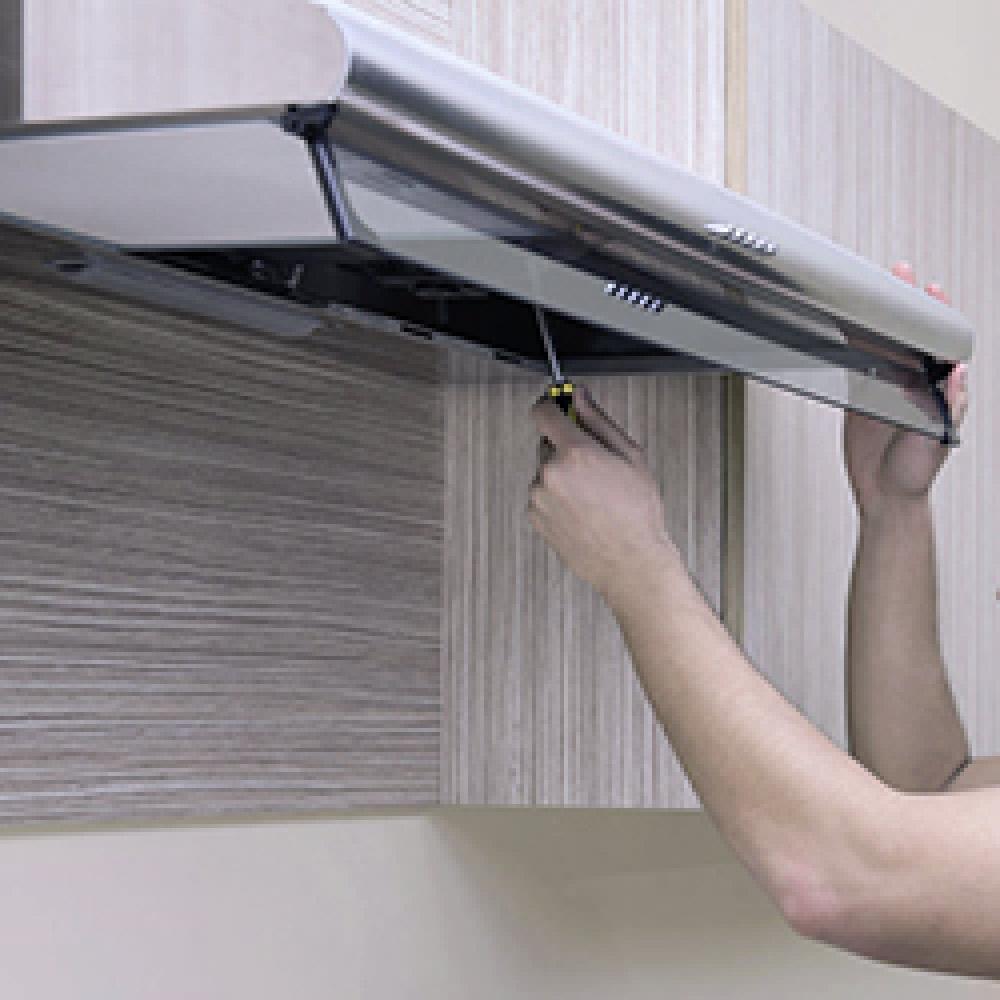 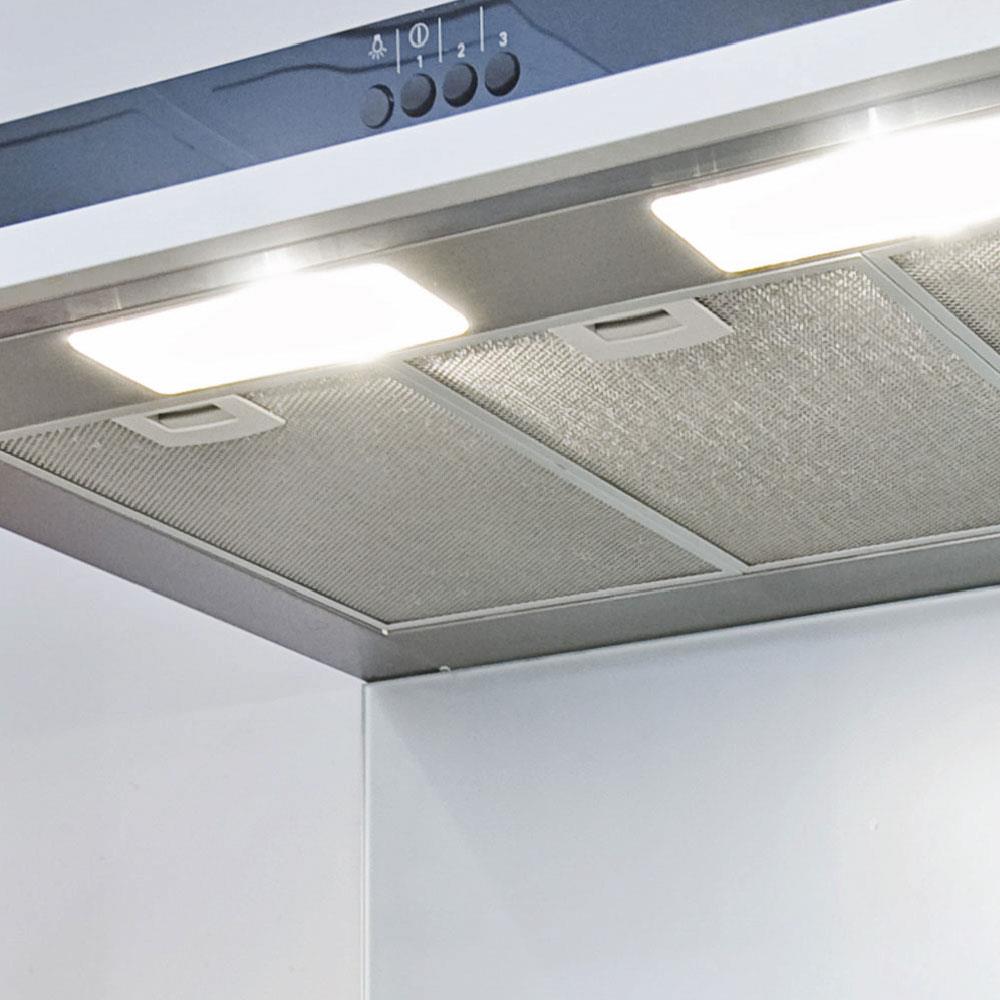 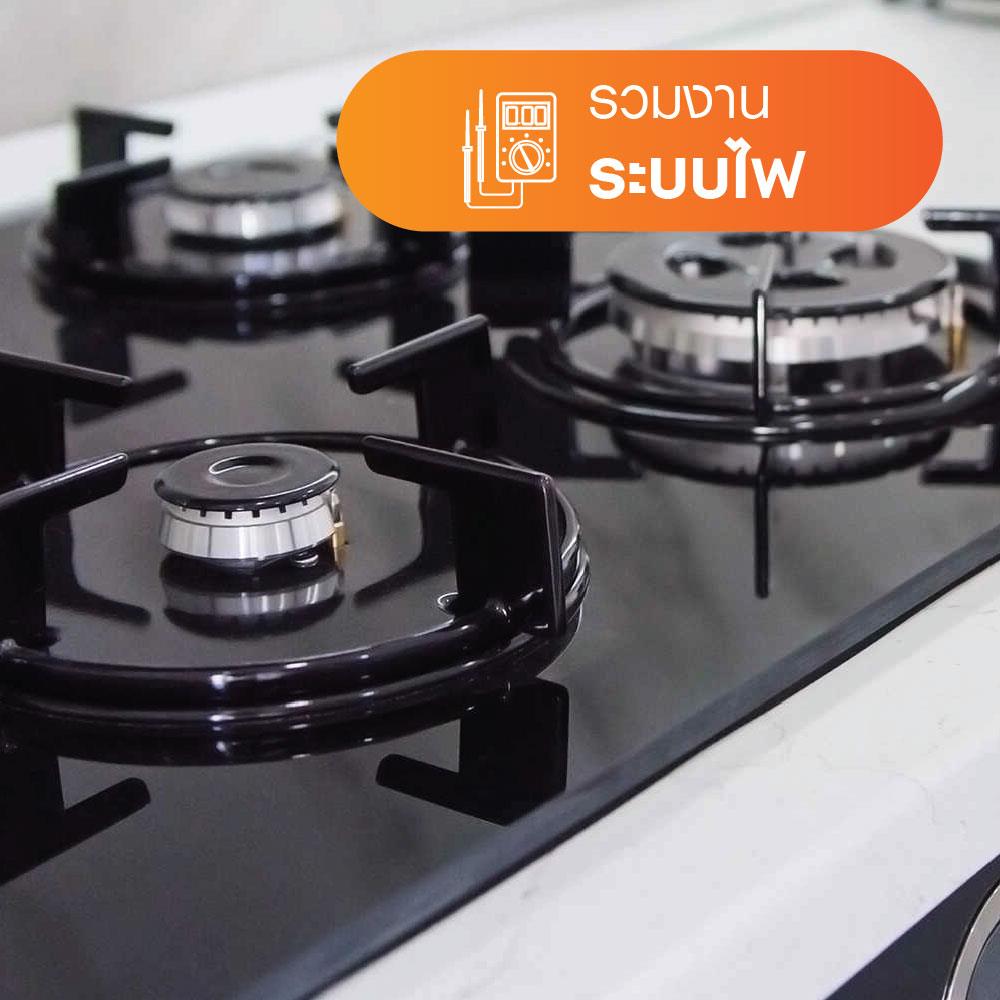 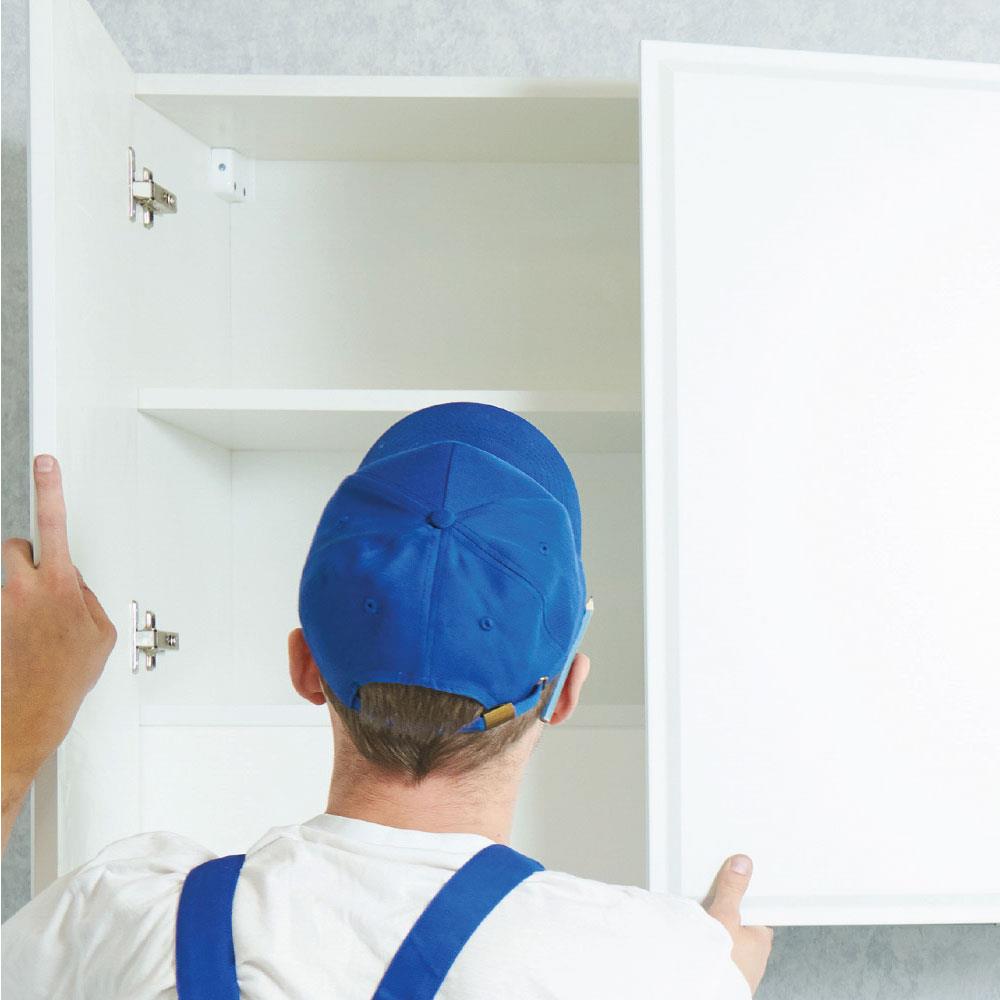 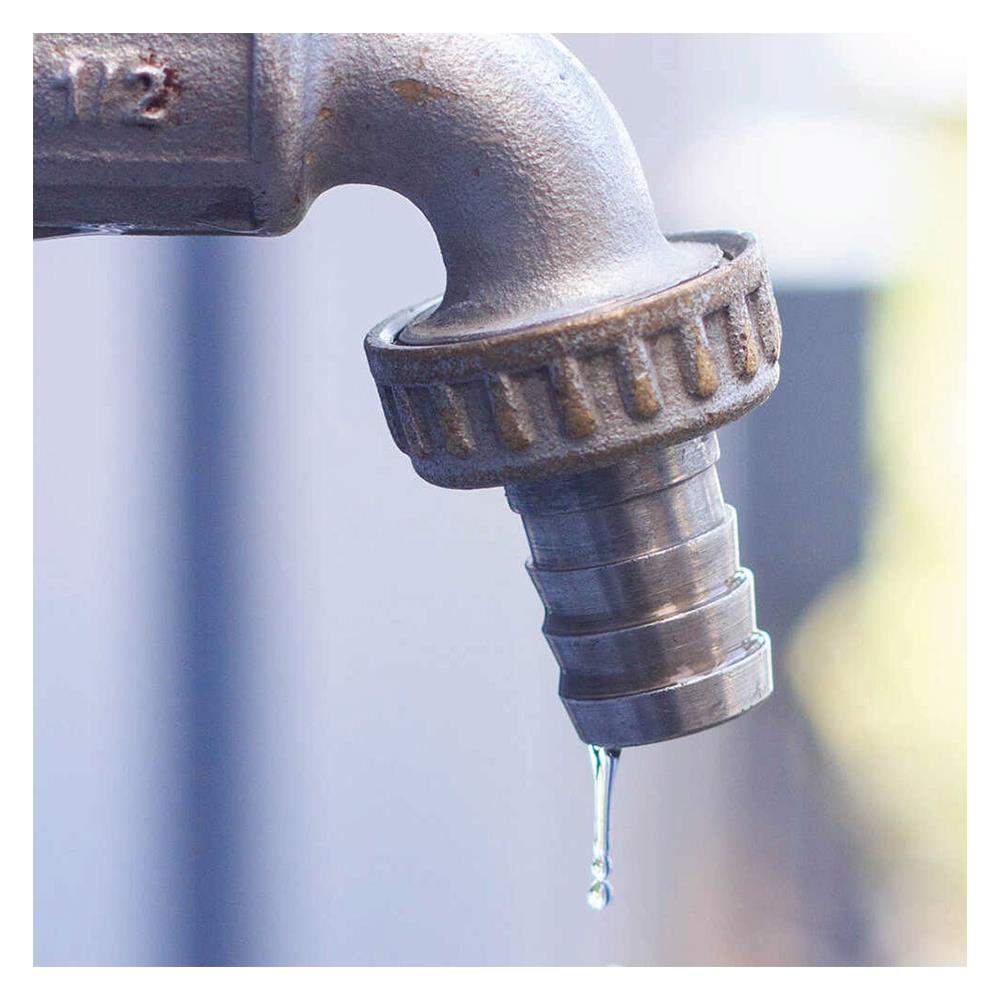 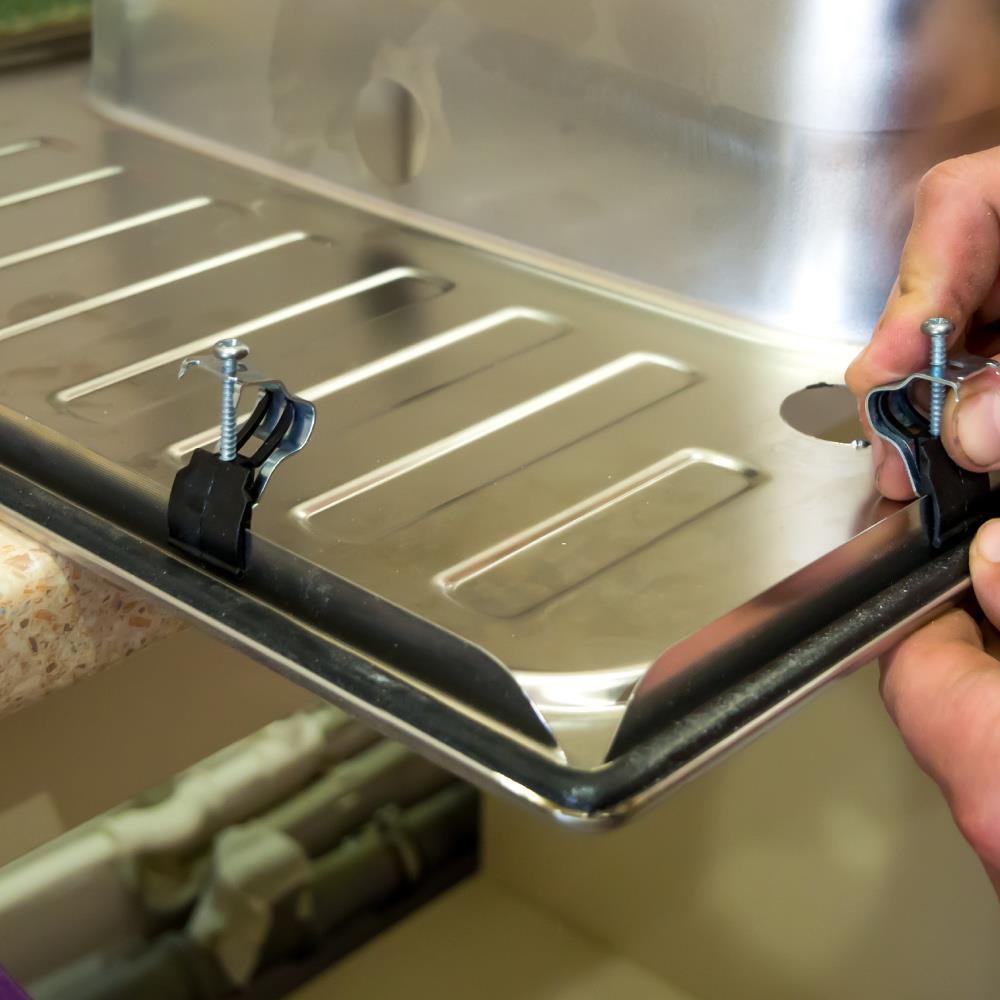 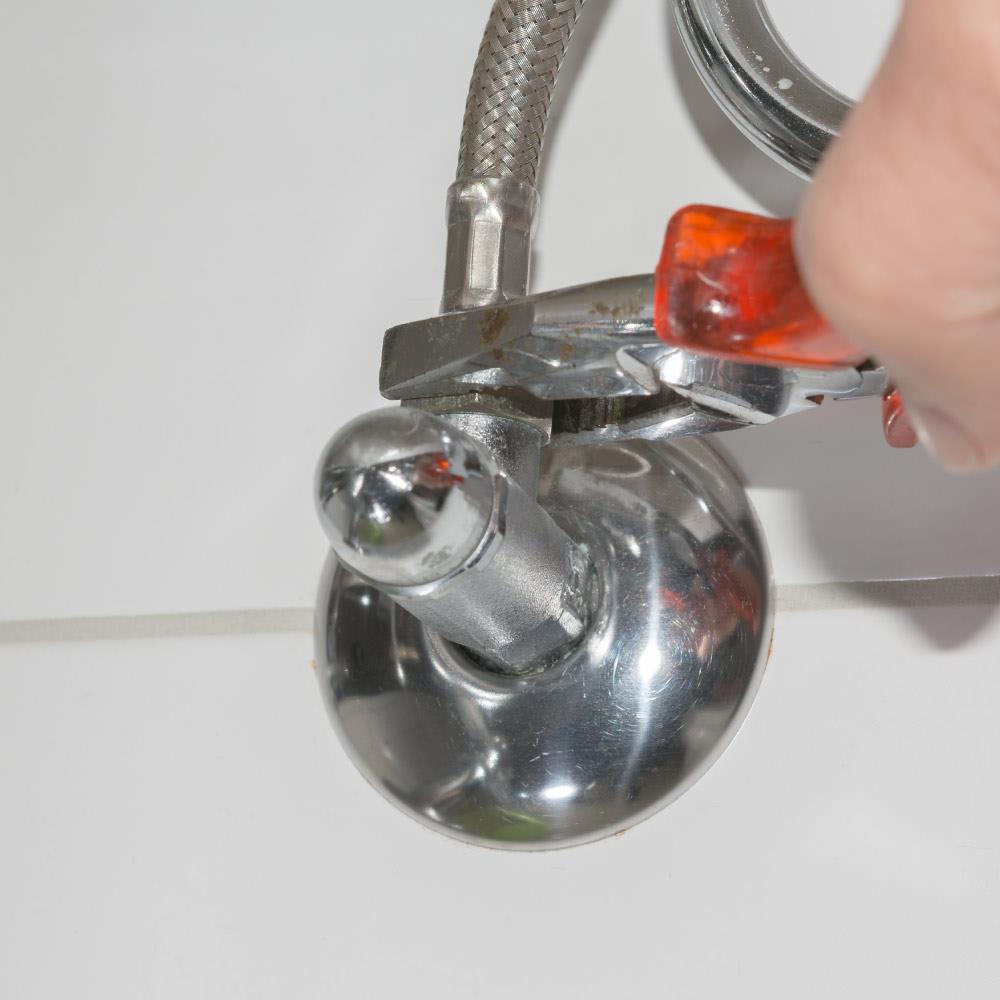 10 ideas to add space to your home to maximize usable space.

Ideas for creating a swimming pool at home so that you can swim comfortably and cool off.

How to plan a house renovation without causing issues!