“Power Plug,” whether it is an adapter power plug or an extension lead, it is an important electrical equipment which HomeGuru believes that every home must have! Because it is one of the most convenient devices for everyday life. However, it is one of the electric devices that may often cause electric shock, fire or short circuit. Due to many electrical appliances are used on the same power strip at the same time. Therefore, selecting a power plug is a small matter that requires special attention. But how do we know which adapter power plug we use at home is standardized? Is it really safe for our lives and assets? Today HomeGuru has the answer.

Adapter power plug is considered as a device with many components such as power cord, electric socket, plug, power strip and electric switch, which mostly has the standard just only the power cord according to the mandatory standard of TISI. 11-2553. Manufacturers and import manufacturers show TISI mark on the products. However, this can create misunderstanding for consumers that the products are safe and standardized. Also, house fire problem from adapter power plug, so TISI or Thai Industrial Standard Institute set up TIS. 2432-2555, to control and enforce adapter power plug products, which became effective since 24th February 2018. TIS. power plug according to this requirement is to protect the safety of consumers and also protect against non-standard imported products.

How to choose the power plug that meet TIS standard?

Choosing a safe power plug, including USB power plug without worry. You can choose power plug according to TISI. standard by observing different parts of it.

Must be a 3-hole socket with Thai standard ground terminals. Universal electric socket is unable to use. Most of all, it should have shutter. When plugging in a single plug pin, the plug cannot be plugged in. Must put in all plug pins at the same time. In addition, must have a clear electrical current sign.

Plug according to the TIS. standard

Must be 3 round pins which is a 2-pole socket with ground terminal and with electrical insulation at the base of the plug pin, to prevent direct contact from users. All 3 plug pins must be firm, cannot spin out. An electric force for plug and socket must be equal. An electric current of plug should not be less than the socket. The plug should have the manufacturer trademark symbol, product code, defined nominal voltage rate, electric current, and including the electrical pathway symbol, and TIS. no. 166-2549 as well.

Must be power cable that has 3 round pins. The power voltage should not be lower than the socket and plug. The power cable should have the manufacturer trademark symbol, power cable type code, defined nominal voltage rate, number of cores and cross-sectional area, maximum temperature on the power cable and TIS. no. 11-2553.

The switch on power strip

Marks and labels that must be specified

Must specify electric voltage. Observe the numbers that are amperes and specify the voltage which is in volts. In addition, the trademark, product model, maximum voltage or number of watts must also be specified.

Moreover, TIS. power plug has other details that users should know such as factories must pass the standard inspection before producing TIS. products. The power strip must be made from a material that does not fire. The nut must not be a 4-pointed head or flat head. And the product should have IP20 to prevent foreign matter from size 12.5 mm. to get inside. As for USB power plug, there is no mandatory standard. 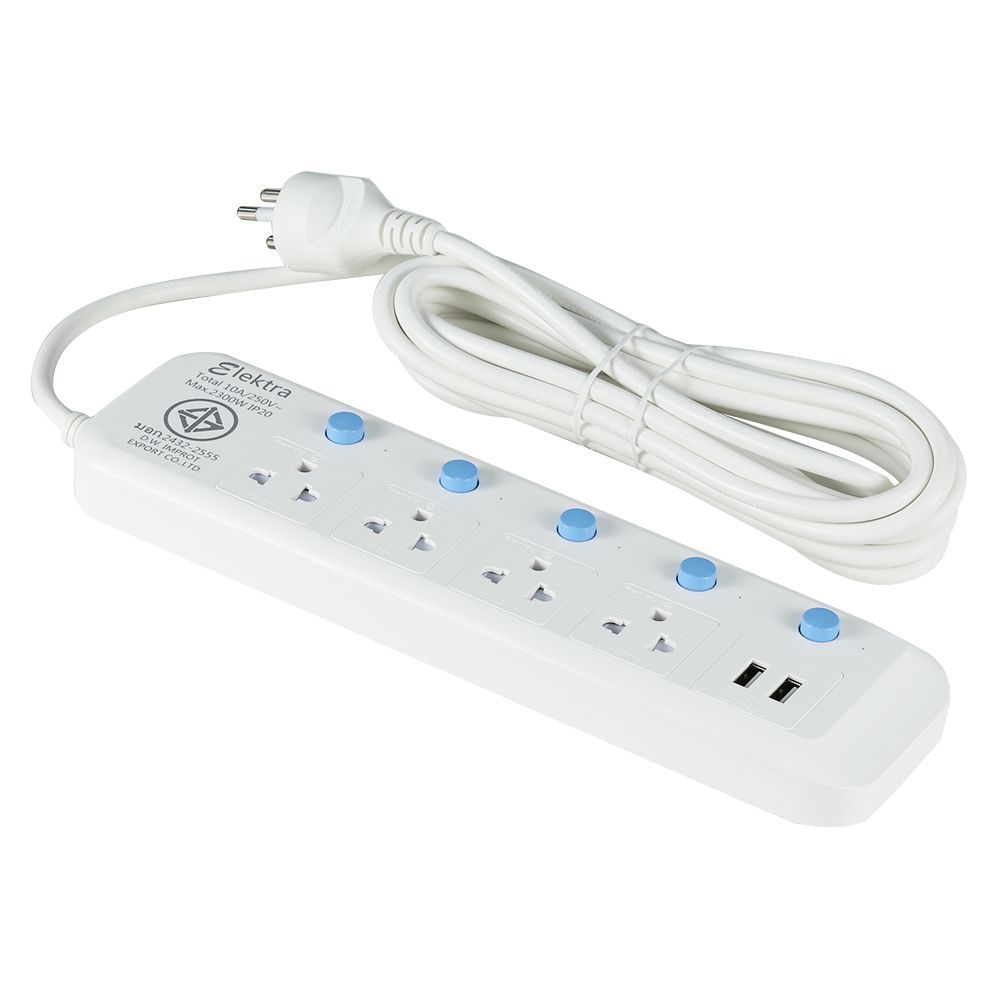 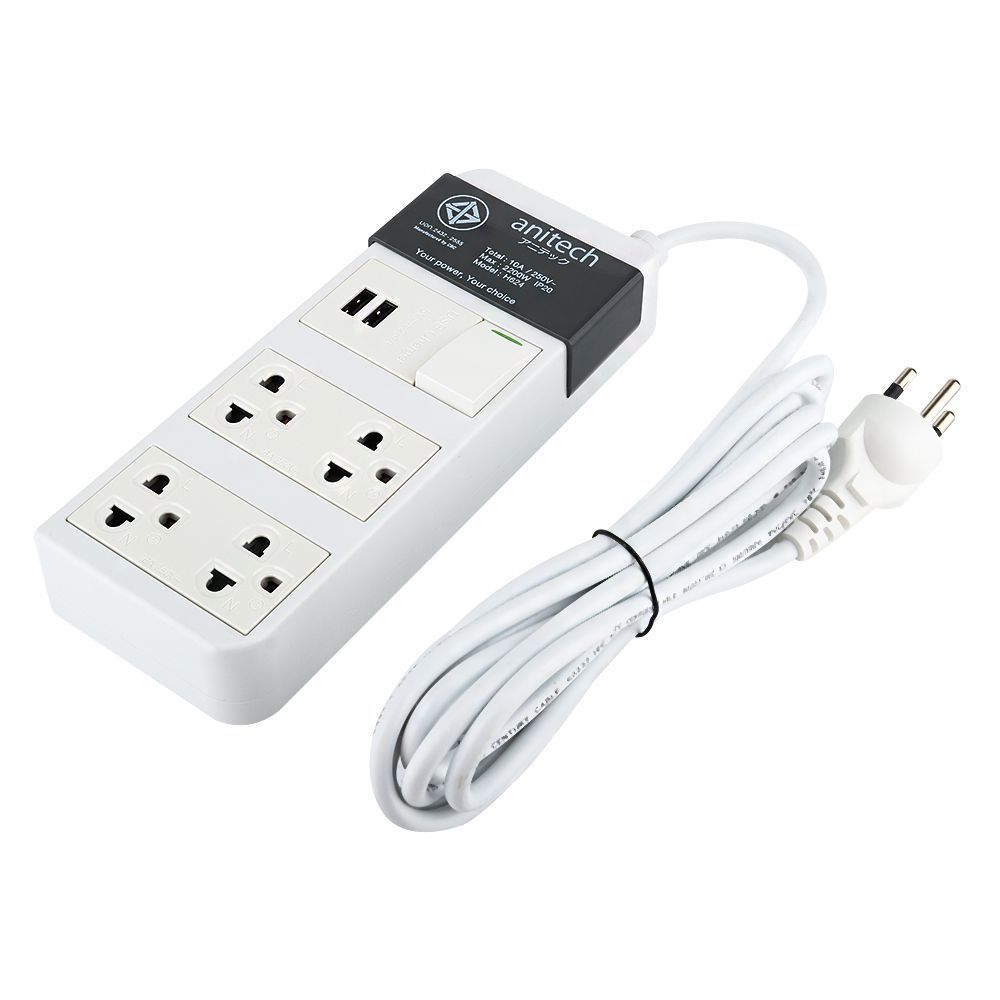 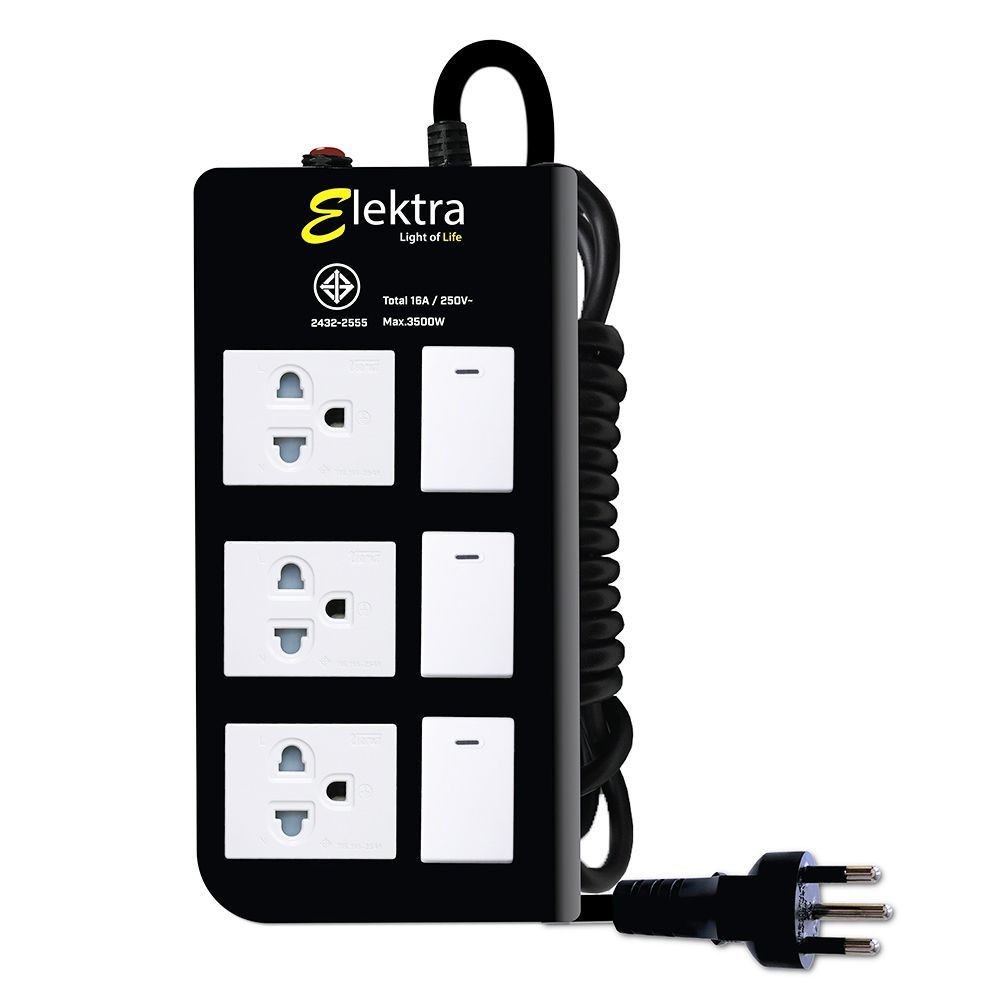 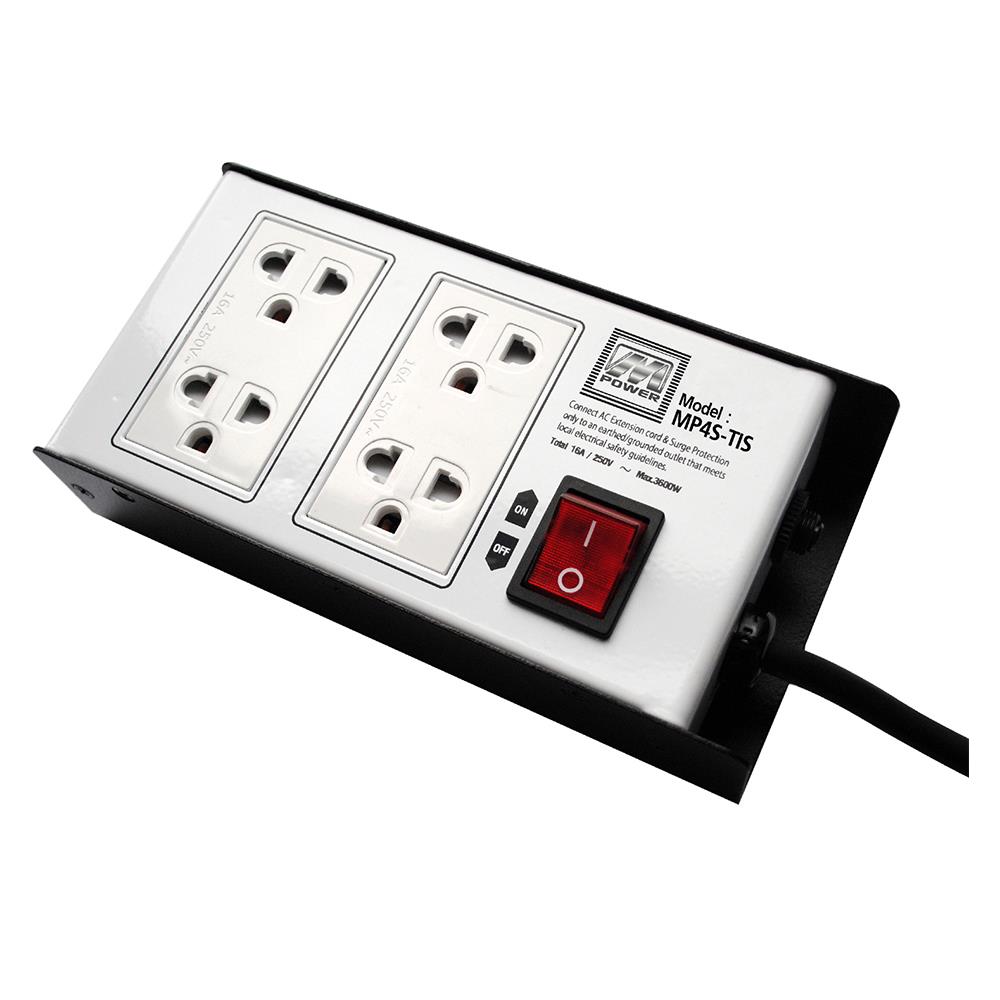 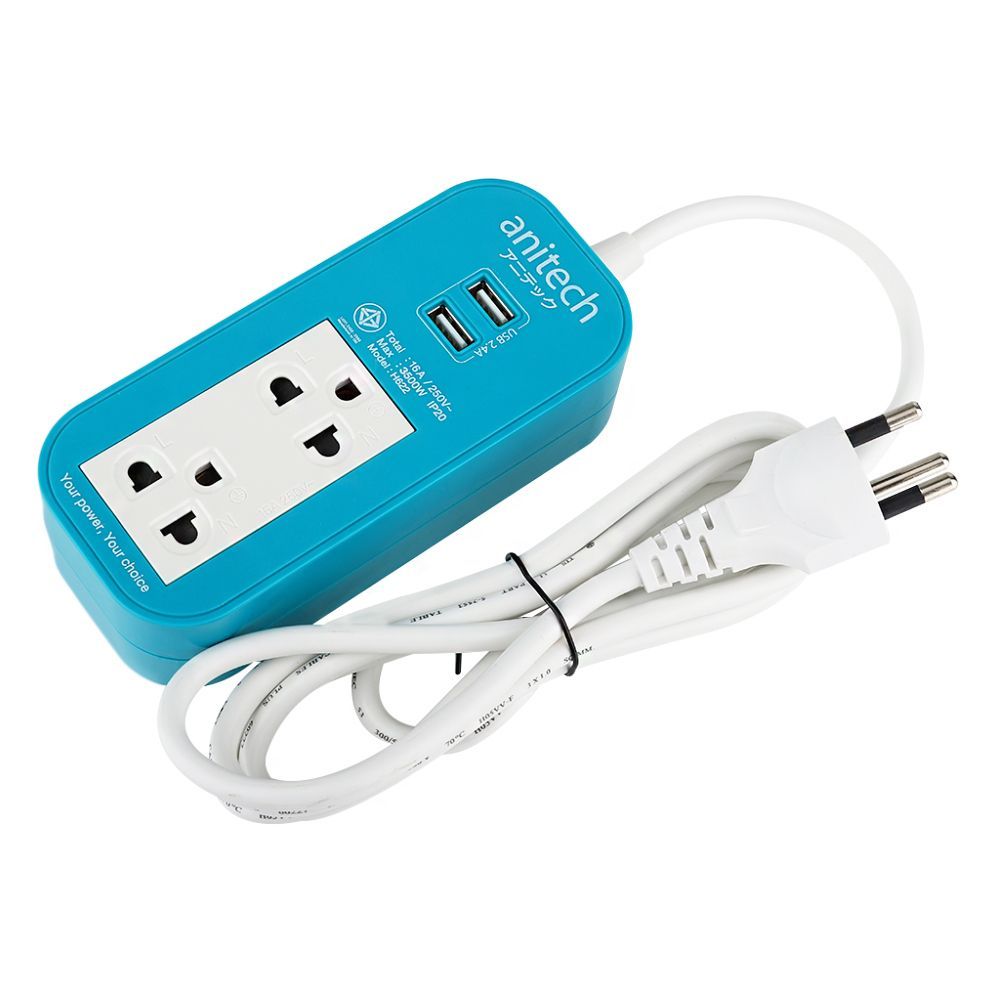 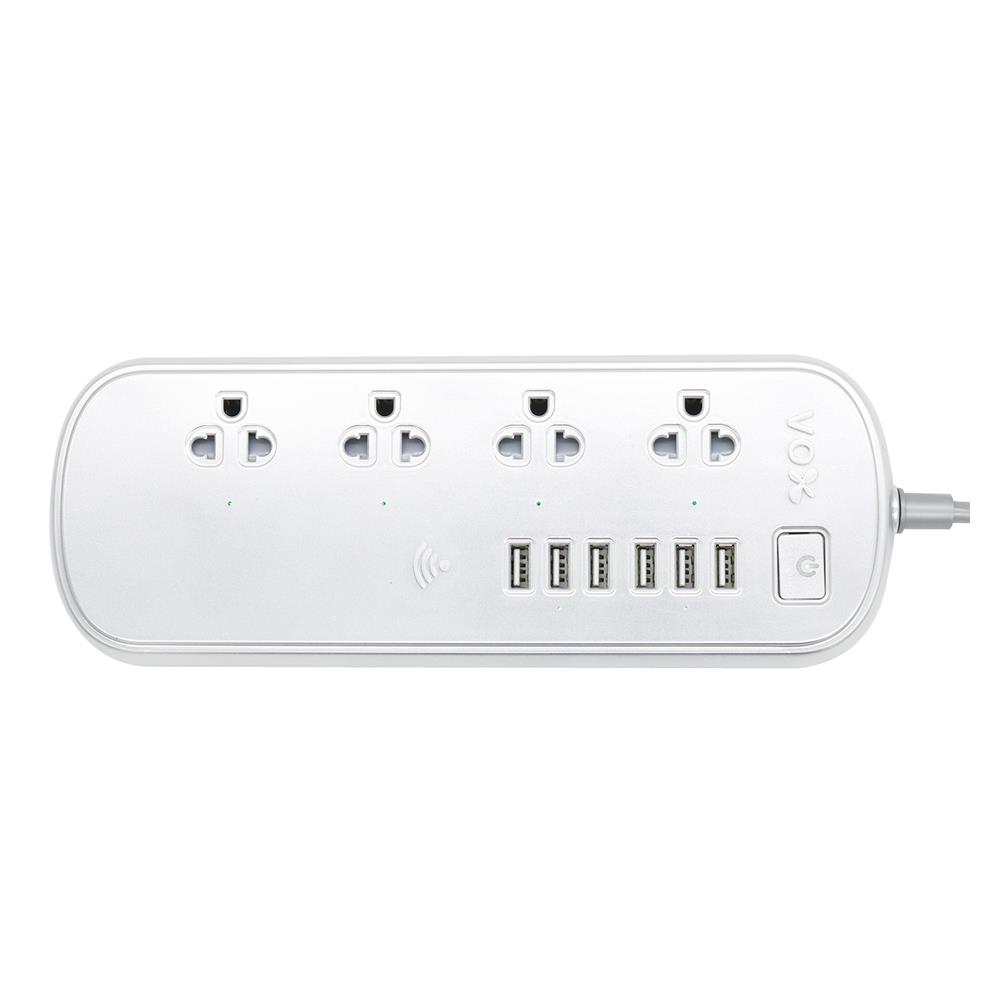 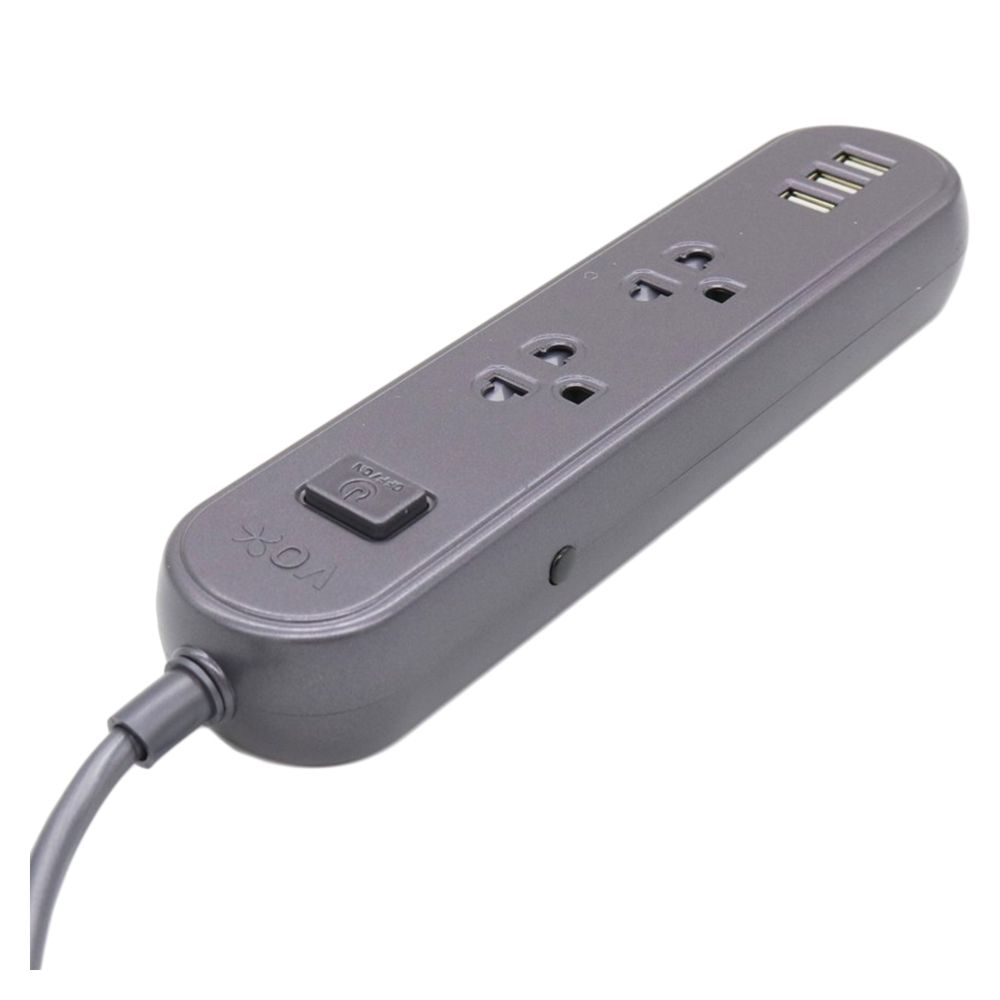 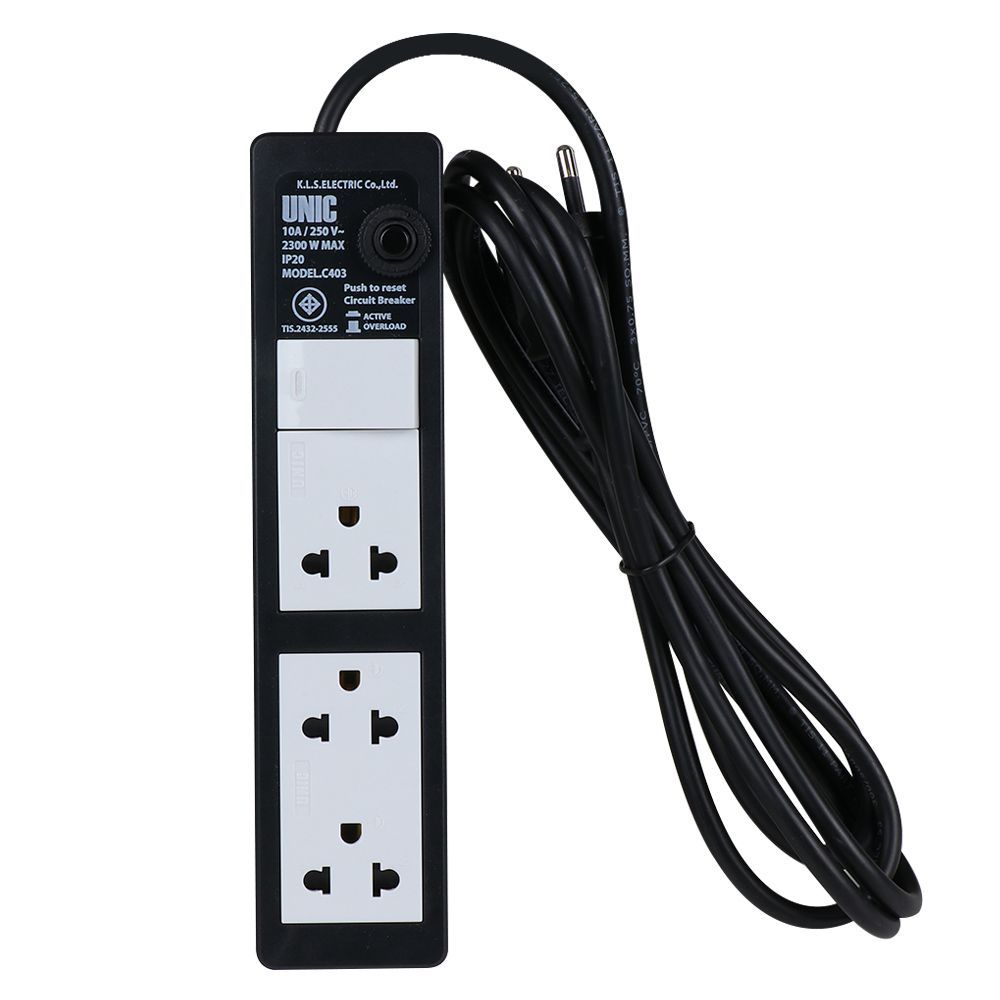 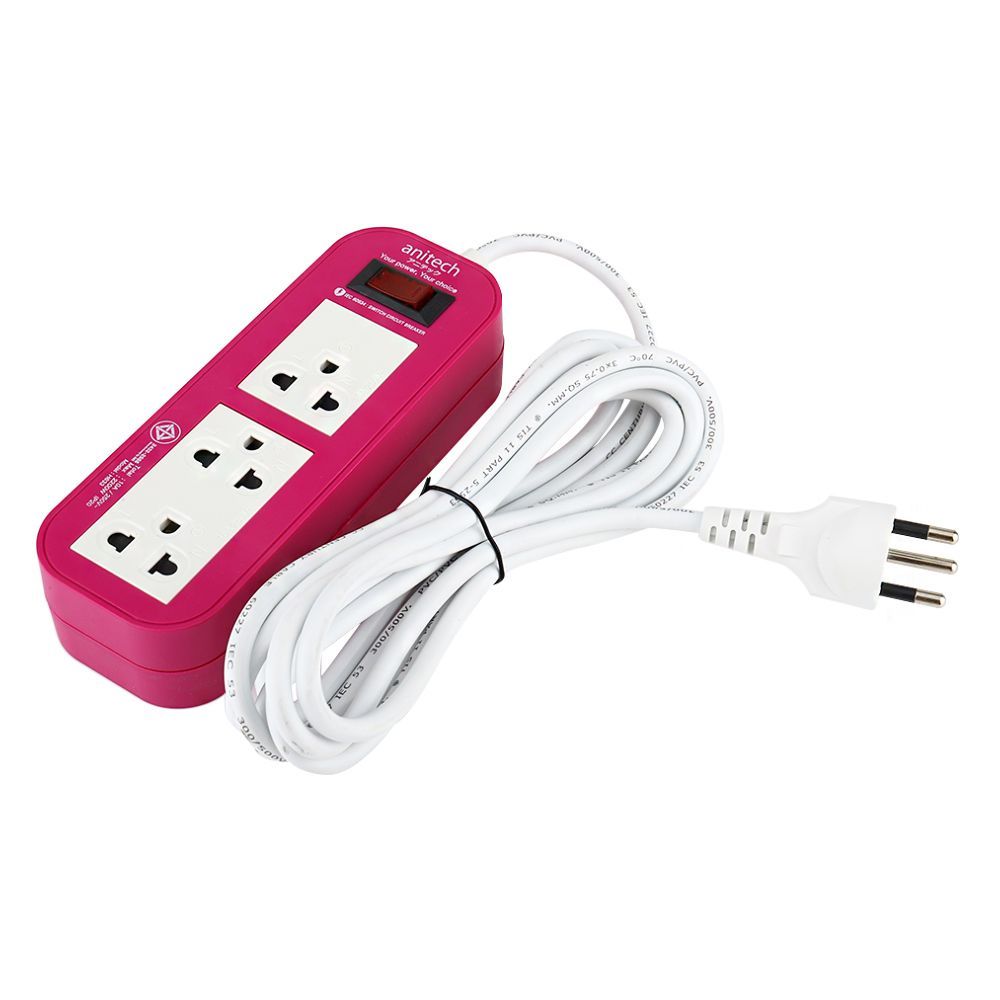 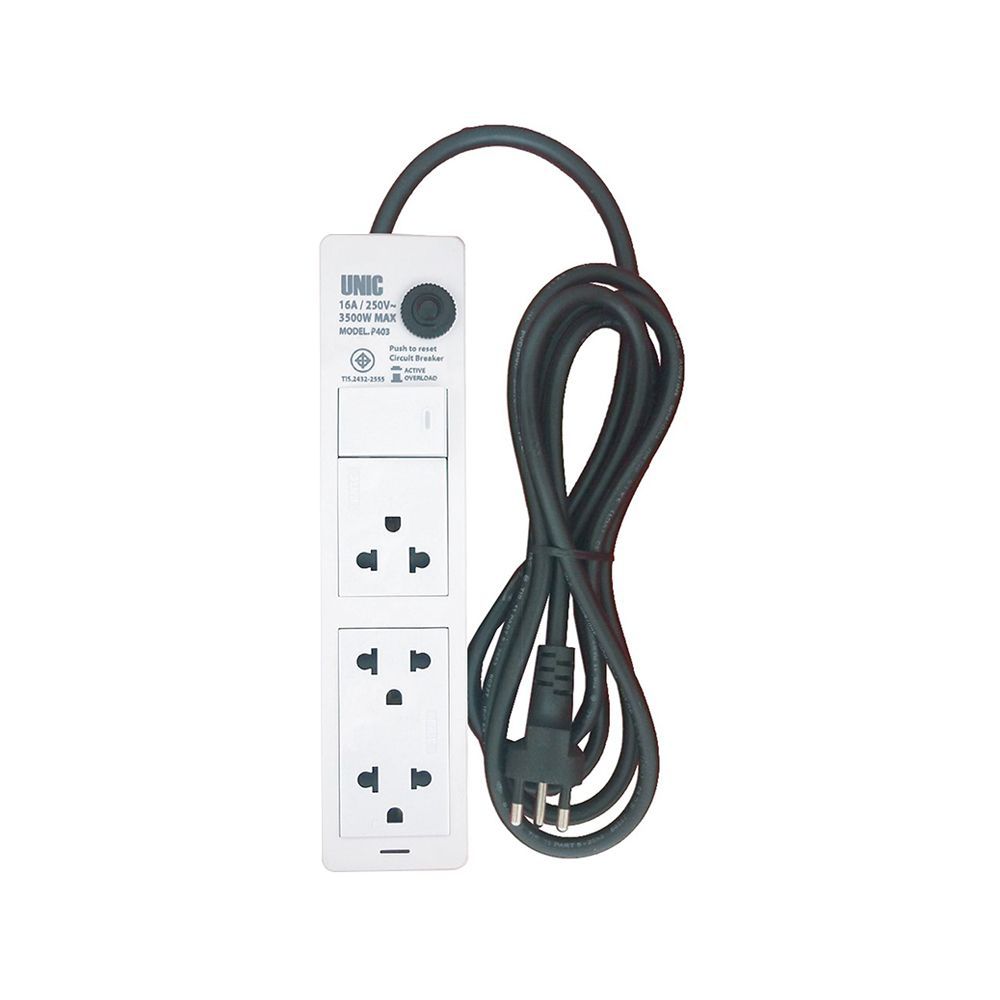 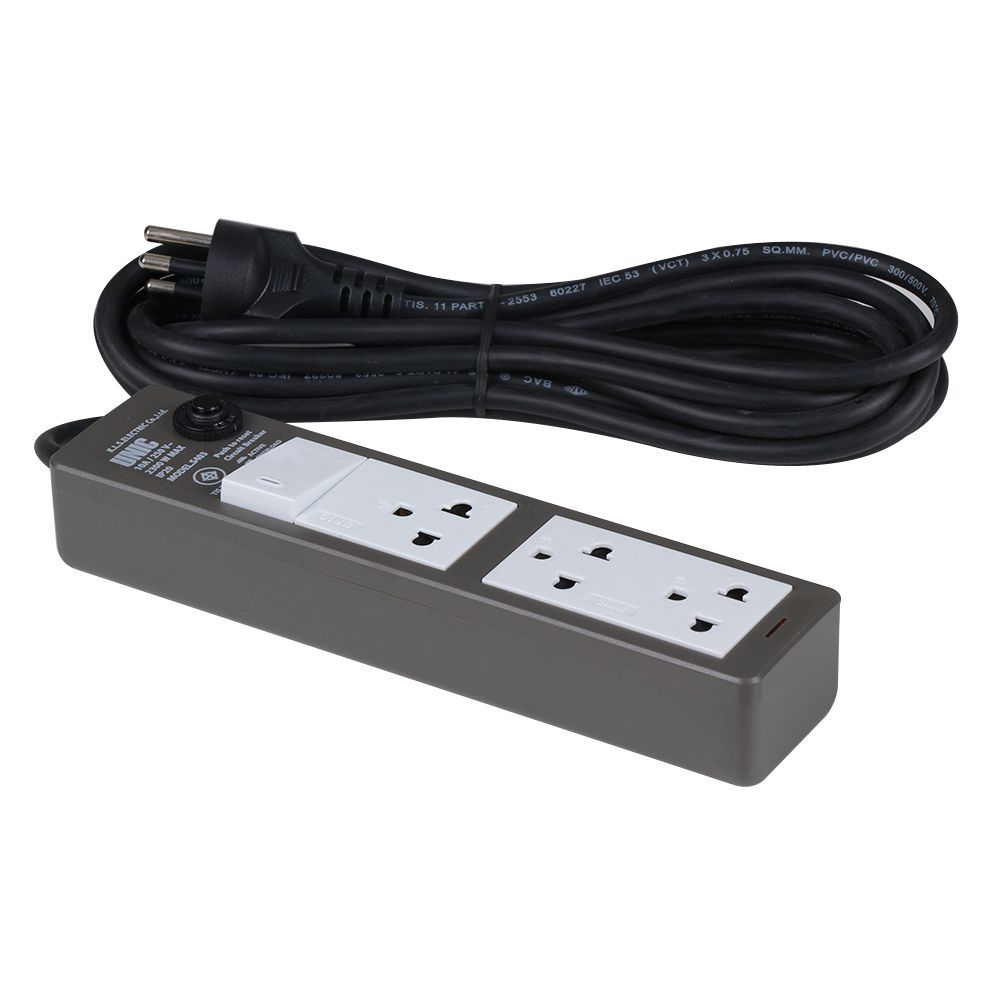 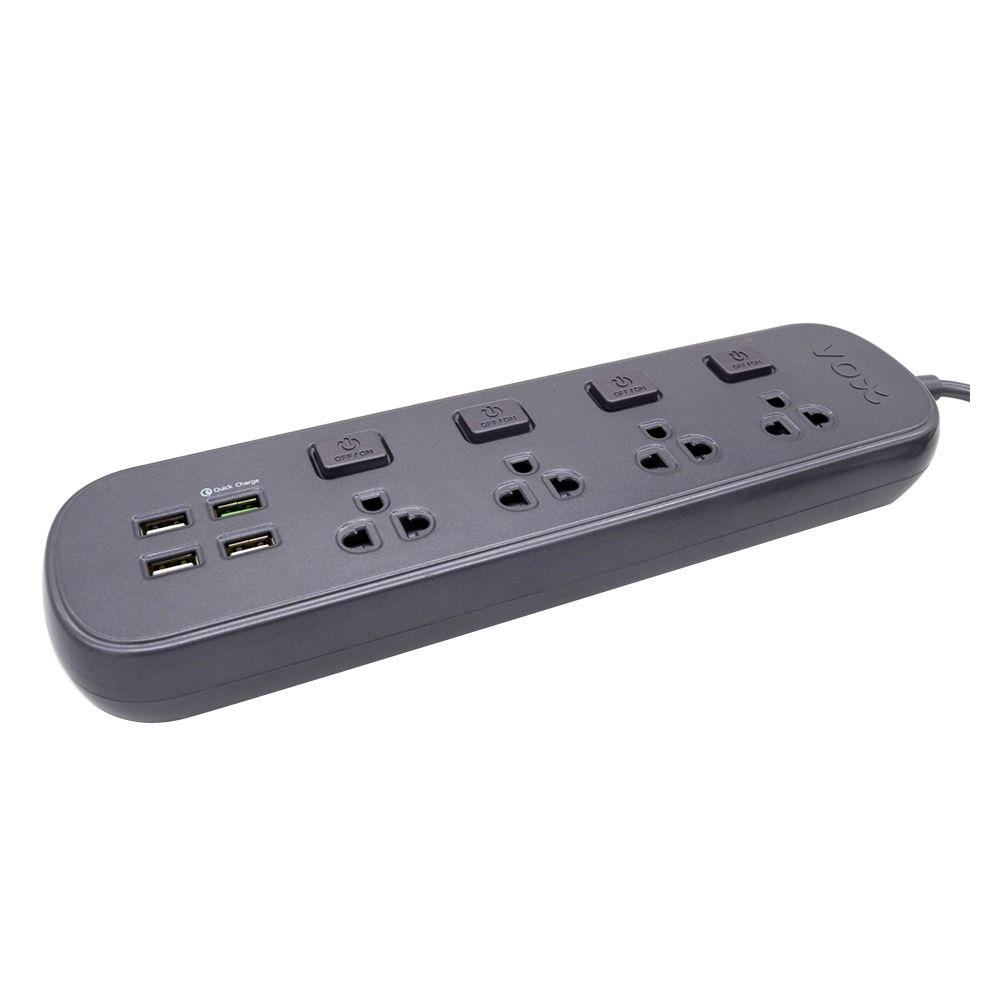 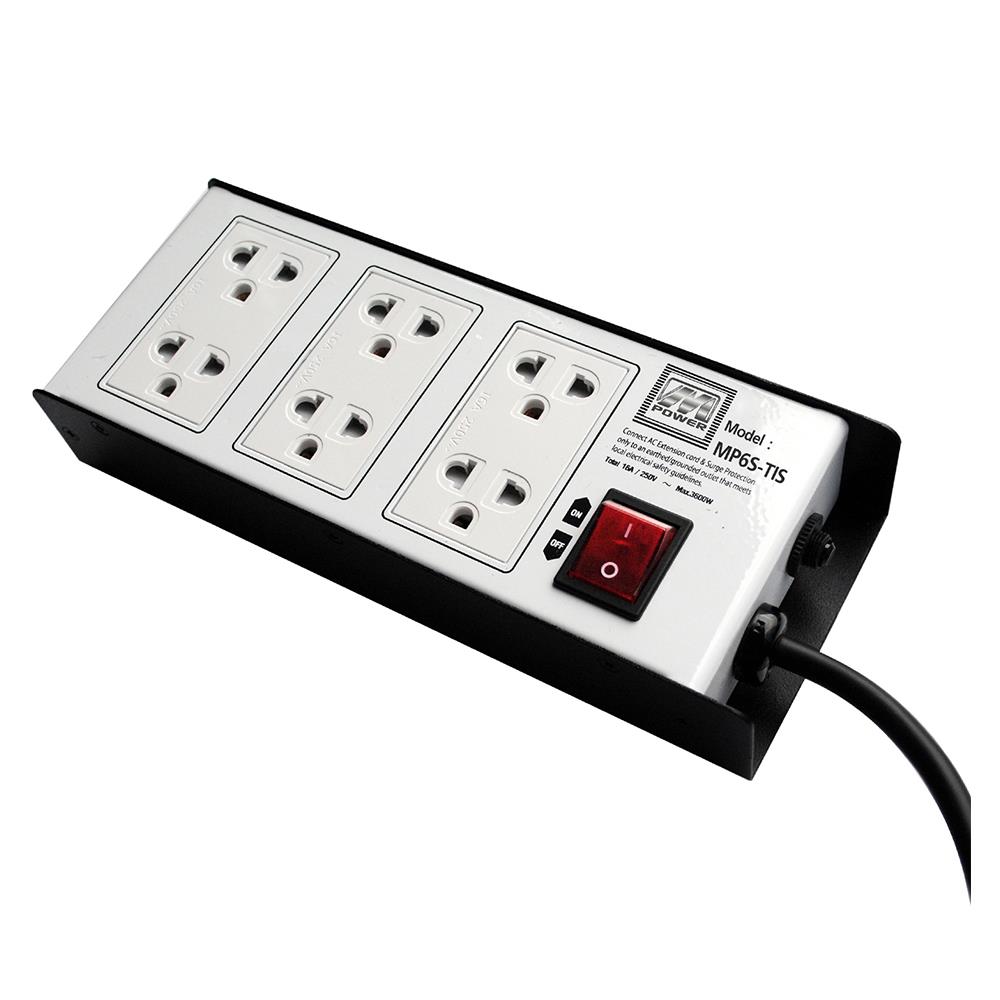 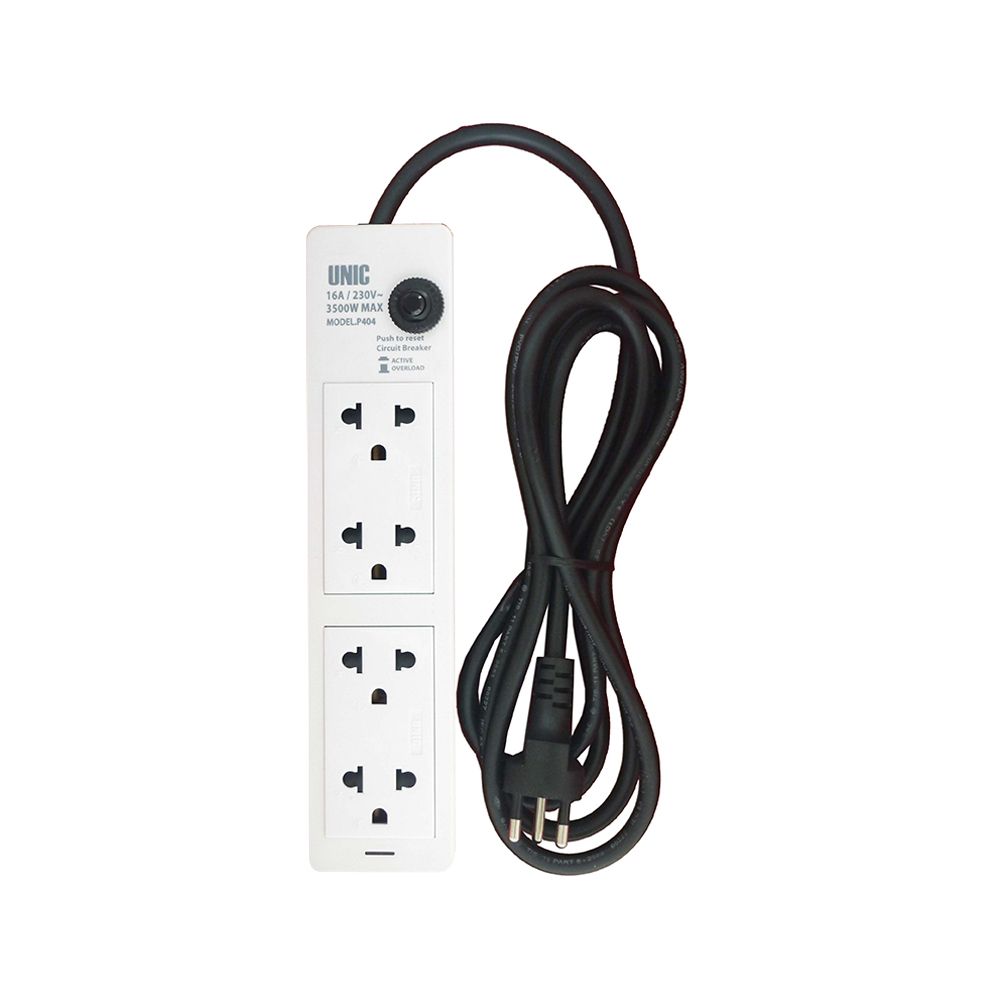 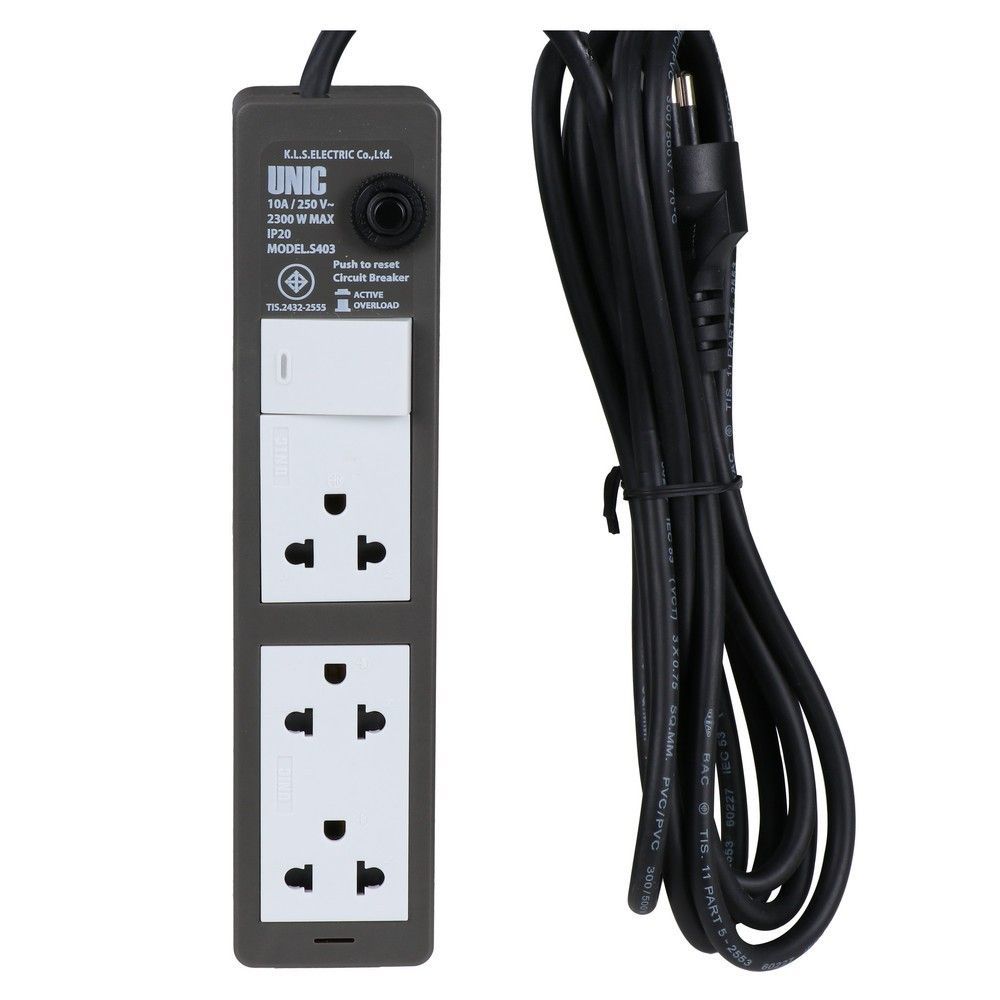 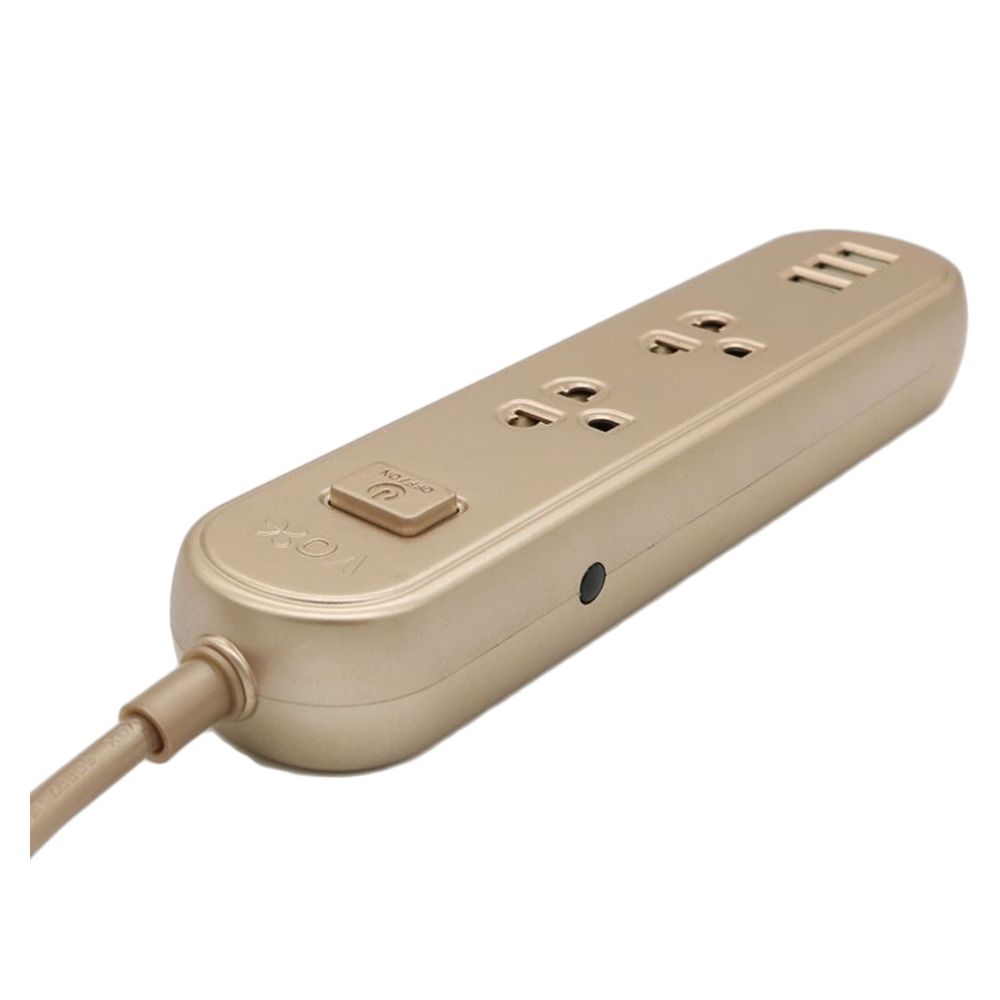 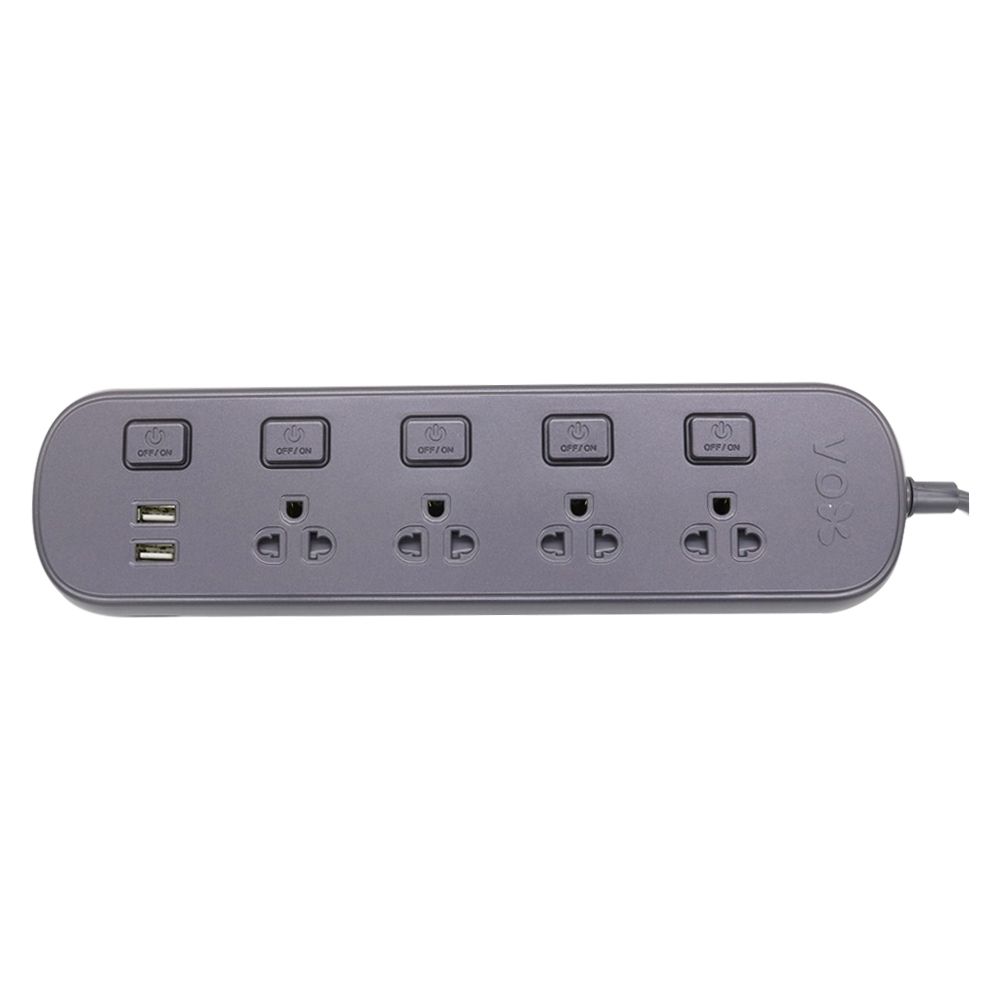